Beauty Beyond Words and Images

Recently, I received an invitation to present my book of poetry, Mis Primeros Poemas, at a prestigious university. I was inclined to title my presentation, “Mis Primeros Poemas, a Reading in Post-Linguistic Hermeneutics.” My friend and colleague, who had invited me, dissuaded me from using such a sophisticated title, especially since the presentation was going to be geared to undergraduate students. What I aimed to accomplish with such a seeming highfalutin title for a poetry reading, was to present the idea that poetry, art, and beauty in general, transcend the spoken word. The human person goes through life and existence mediated by the power of signs and symbols. Hermeneutics is the branch of philosophy that has to do with interpretation. Since life is complex and is replete with structures, concepts and ideas, and since meaning is expressed through symbols, sounds, gestures, rituals, dramas, artifacts, architecture, and texts, these daily experiences require interpretation and elucidation.

The recent death of a beloved artist and musician prompted me to ponder all of this in the context of his art and music. Gustavo Cerati was an Argentinian musician who, together with his band, Soda Stereo, revolutionized Latin American Rock music. The lyrics of his songs were so abstract and intangible that they transcended language.   More than that, Cerati’s songs with their polymelodic music offered multiple layers of meanings that became instant classics in Latin American culture across generations. For me, Cerati’s music would be a perfect example of a post-linguistic hermeneutics. The human race relies not only on religious specialists, but also on artists, musicians and poets to help us find meaning in life. We are human hermeneuts, or meaning-making people who still need to constantly interpret reality in order to convey the mysterious meaning that life holds. This act of explanation and elucidation, known as hermeneutics, in my opinion, has a symbiotic relationship with aesthetics. The English poet John Keats in the enigmatic lines of one of his poems declares: “Beauty is truth and truth is beauty…” I take this to mean, that Keats, Certai, as well as other artists and poets attest to the fact that human existence cannot be simplistically subjected to mere laws and explanations of the natural sciences. Theologians, philosophers, educators, and ministers need to take note of artists and their sense of the beautiful. If we are to capture the concept of Mystery in religion, which provides a synthesis of humanity’s thrust toward the absolute and its mundane existence, then, we need to let beauty speak. In her book Theological Aesthetics: A Reader, Gesa Elsbeth Thiessen affirms the necessity of beauty in the life of believers and non-believers alike: Beauty is not an extra, it is essential to all existence. Truth or goodness without beauty become dull, lifeless, boring, formalistic, and cold. It is beauty –sensuous and spiritual, spiritual in the sensuous, and sensuous in the spiritual –which excites and nourishes human feeling, desire, thought and imagination. It is the splendor of beauty that makes the true and the good whole.[1]

Cerati’s vision, although not religious, discloses certain elements of our search for what is true, beautiful and hence meaningful. Gustavo Cerati and Soda Stereo’s music did not just provide music to mitigate our mundane experiences of heartbreak, adolescence angst, or unrequited love. His beautiful music, with songs such as “Signos”, “Prófugos”, “Un misil en mi placard”, “El rito”, “Un millón de años luz” and the like, spoke to our search for justice and expressed our existential anxiety and common human concerns. I am convinced that in postmodernity, we have become more aware of our task of finding meaning to existence. Intuitively, we find ourselves trapped between our sense of finitude and self-transcendence. Religion does seem to provide answers to these uncertainties and to our perception of being submerged in an ambiguity that can only be resolved by transcending our immediate realm of existence.

Alejandro García-Rivera, Hans Urs Von Balthasar, and others who write about theological aesthetics and beauty in general, would argue that art propels us to have experiences that project us toward encountering a radical otherness that is found in other realms of existence.   Art can help bridge planes of reality, such as the sacred and the mundane, or the material and the spiritual worlds. Human beings engage in aesthetical quests in order to quench their thirst for both functional and practical solutions to existence and meaning. According to Paul Tillich, as expressed in his work, The Theology of Culture, the search for meaning, either at an individual or societal level, can be eloquently described as “an almost schizophrenic split in [human]… collective consciousness.”[2]

Art can help bridge planes of reality, such as the sacred and the mundane.

As the boundary between modernity and postmodernity becomes more defined, we can speak of a marked separation in our culture, society, worldviews and institutions that still require interpretation. In the current vision that is emerging, individuals and institutions are no longer seen as stable providers of meaning and direction. I claim that in postmodernity the new archetypical figures are ones that do not claim for themselves pedestals from where they offer sound words of wisdom or teach immutable truths. Yet, paradoxically, these new heroes are capable of pointing to art as the source or locus for the interaction of beauty and truth. Artists, especially popular singers, have heralded the demise of modernity and call for the rediscovery of truth, beauty and ethics through song. Gustavo Cerati and his band, through uplifting music and mystical, nonlinear lyrics, in my estimation, embodied the role of postmodernity’s saints, prophets and social activists. The following lyrics capture the essence of life in the threshold of the XXI Century framed in a post-linguistic hermenutical construct:

Featured image by Pixabay.  Photo of Cerati by Los Años Maravillosos retro’s Blog.  The Community of the Beloved by Amazon.com. 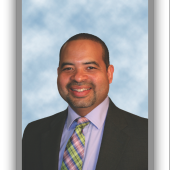 Pastoral Ministers Should Be Selfish During Lent