Provincial Trainings on the Encuentro Process in Region V

More than 100 leaders in Hispanic ministry from six dioceses gathered at the Flaget Center in South Louisville May 23 to discussthe role of Hispanics in the church in the United States. They heard from several speakers who encouraged their ministry, including Archbishop Joseph E. Kurtz who said their work is essential to the renewal of family life in the United States.

The Encuentro Provincial (or Provincial Gathering) included delegations from dioceses that belong to the province of the Archdiocese of Louisville — Louisville, Covington, Lexington and Owensboro in Kentucky and Knoxville and Memphis in Tennessee. The meeting was organized by the Southeast Pastoral Institute (SEPI) to prepare Hispanic leaders for the fifth national Encuentro to be held in 2018. 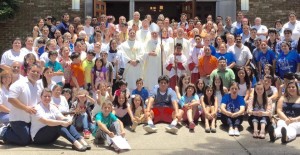 Hispanic families of the Province of Mobile—composed by the Dioceses of Biloxi, Birmingham, Jackson and the Archdiocese of Mobile gathered this past June 13 at the Saint Catherine of Siena Parish in Mobile, AL, as part of the Regional Process of Family Ministry convoked by the Regional Office of Catholic Bishops for HIspanic MInistry and the Pastoral Institute (SEPI) as preparation for the V National Encuentro of Hispanic Ministry.

Rev. Rafael Capó, Sch.P., director of SEPI initiated the gathering invoking the Holy Spirit and the intercession of Our Lady of Guadalupe for the Hispanic ministry leaders and their families, the main agents of this journey. Prayers were lifted particularly for youth and children present, who were then sent to initiate their own journey towards Encuentro. Children were led by a team of mothers of the Archdiocese of Mobile and the Encuentro with youth was led by young missionaries of the SEPI Team of the Archdioceses of Miami and Jackson, in a work of pastoral de conjunto.

Leaders of Hispanic ministry of the dioceses of the State of Louisiana—comprising the ecclesiastical province of New Orleans (Shreveport, Lake Charles, Alexandria, Baton Rouge, Lafayette, Houma-Thibodaux and the Archdiocese of New Orleans itself) gathered on May 16 in the offices of Hispanic Ministry of New Orleans as part of a regional process convoked by the Regional Office of the South East for Hispanic Ministry and the Pastoral Institute (SEPI). The energy of Hispanics within the Catholic Church in the United States was felt in their encounter where the Hispanic ministry leaders, families and youth renewed their commitment in the building of the Reign, and in a particular way in Family Ministry.

Rev Rafael Capó, director of SEPI initiated the working day briefly remembering the memoria histórica of Hispanic ministry and the way to travel toward the V National Encuentro of Hispanic Ministry. The leaders present there could express their aspirations, wishes and commitments in this journey. Following that, Laura and Javier Franco, a married couple of the SEPI team presented the results of the Survey of Hispanic Family Ministry carried out by SEPI in the South East región during the recent months of March and April. The results of the survey shed light on the pastoral realities of Hispanics in the region, underscoring the challenges for family ministry and all the main challenges for families. Among the main challenges for families in the Province of New Orleans, the following were indicated: faith crisis, living together before marriage, keeping Hispanic traditions alive, communication among family members, language in the upbringing of children, and lack of time. With these important data, participants went on to table work to develop proposals as a response to such challenges. ENAHVE is the National Team of Accompaniment and is a representative group of national Catholic organizations committed to advancing the call to the V Encuentro Nacional Hispano/Latino de Pastoral. ENAVHE is represented by 17 national and regional Catholic organizations that directly serve the Hispanic Latino community. ENAHVE is part of the USHM network of websites. 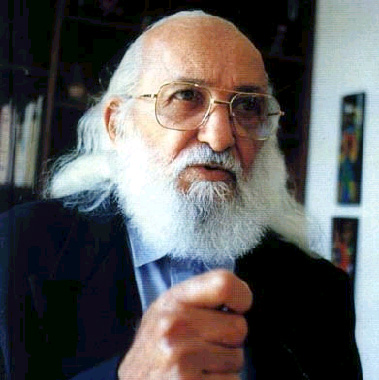