As this past year ended and our hearts were heavy with the loss of Bishop John Steinbock, the Diocesan Office of Ministries received a grant from the Raskob Foundation to organize a bilingual leadership conference for all Catholic leaders serving Hispanics in the Diocese of Fresno. Immediately Patty Jiménez, the director of the office, thought of Bishop John and his dedication to the Hispanic community, leading the Office of Ministries to designate the event the Bishop Steinbock Hispanic Ministry Convocation. This diocesan-wide convocation will take place May 27-28, 2011 at the Visalia Convention Center.

I was fortunate enough to be invited to help organize the event, and together with Ms. Jimenez and the amazing staff at the Office of Ministries we framed the convocation around the growing Hispanic presence in the Diocese. Nationally, it is projected that by the year 2050 the majority of Catholics in the United States will be of Hispanic descent. Locally this growth is already realized, since it was estimated in 2008 that 75% of the Catholics in the Diocese of Fresno are Hispanic.

As we progressed in our plans for the convocation, we began to reflect upon the two fundamental questions that have emerged for Catholic leaders across the country. Who does Hispanic ministry serve, and who are the people ministering to Hispanics? 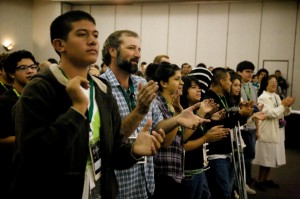 Traditionally, Hispanic ministry has been viewed as a language-specific ministry, that is, Hispanic Spanish-speaking leaders ministering to and with Hispanic Spanish-speaking people. While this reality is essential to the understanding of Hispanic ministry, it does not completely reflect the diverse experiences and challenges of Hispanics today. These diverse realities, using broad descriptions, range from recent immigrants who only speak Spanish, to Hispanics who are bilingual and bicultural, to 3rd and 4th generation U.S. born Hispanics who only speak English. Coincidently, reports indicate that 2nd and 3rd generation U.S. born Hispanic youth are the largest population leaving the Catholic Church in the U.S. today.

With such diversity and challenges within the Hispanic population, we organized the convocation around the understanding that Hispanic ministry serves the entire Church and accompanies all Hispanics in their lived contexts and languages. We also concluded that, while most who minister within Hispanic communities are themselves Hispanic, many others are non-Hispanic who may be bilingual or English speaking only, and who often offer ministerial programs in English.

From this wide perspective, we knew a bilingual Hispanic Ministry Convocation would serve everyone involved in ministry throughout the Diocese. The convocation will, therefore, involve all Catholic leaders, teachers and ministers from parishes, schools, farm worker camps, movements, and restorative justice organizations. Together we will discuss the diverse lived realities of Hispanic people in the Diocese. We will also initiate a diocesan working plan for ongoing leadership formation, with the help of several prominent national Catholic leaders in Hispanic ministry.

U.S. Hispanic Ministry will be reporting and covering the Convocation in Visalia this coming weekend. 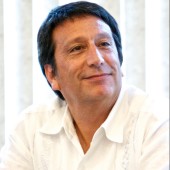 The “Light of Faith” Calls Us to See!

Part I: Service-Learning at Barry University