La Posada at the Border

In December of 2008, I was invited by Brother Ed Dunn, OFM to participate in Las Posadas at the Border.  The month prior I had participated in a retreat based on the Life of Cesar Chavez in Delano, CA.  At this retreat I was moved by the stories of the women farm workers who had worked along Cesar Chavez for their workers rights. Curious about this event that took place along the Fence of the San Diego, CA and Tijuana, Mexico border, I joined him.  This experience was significant as it changed the direction of my life.

At the time I was an undergraduate at San Diego State University and was working in research in Public Health.  I was considering a Masters in Public Health but my involvement with this wonderful Franciscan changed that.

That evening we drove to Friendship Park which is located within the Border Field State Park in San Diego California. It lies along the Pacific coast and adjacent to Tijuana.

“In 1971 Pat Nixon, the wife of President Richard Nixon, commemorated this beautiful spot as friendship park or parque de amistad, a place where friends and family could meet, despite nationality.”[1]

Having participated in posadas throughout my lifetime, I was amazed and touched by this beautiful experience along the border.  Las posadas are an Advent tradition among the Hispanic/Latino community in which the story of Mary and Joseph asking for a place to stay is re-enacted.  We sang, prayed, shared food, and chatted through the fence.  It was a beautiful moment that we as Christians and Catholics shared together.  For a moment we were one people celebrating the coming of Jesus, regardless of the fence that separated us.  We also took time to remember those who had died crossing the border.  After further involvement with Br. Ed on immigrant rights issues, he suggested that I consider studying theology.  It was because of my participation in this event and because of Br. Ed, who passed away a few years ago, that I am a pastoral minister today.

I strongly encourage any of you who find yourselves near the San Diego border to participate in the 20th Annual Posada Sin Fronteras on December 14, 2013  between 2-4pm. For Directions Click Here .

This year’s theme is “Do Not Be Afraid.”

It is a statement that reaffirms a commitment to stand in solidarity with migrant families who have been separated by unjust immigration laws. The theme also recommits to a reoccurring concern for those who participate at the Posada Sin Fronteras, that is, of speaking out against border policies that force people into treacherous terrains causing their death, as they attempt to enter the United States.[2]

Below is a short video on Youtube from those who participated a few years ago. 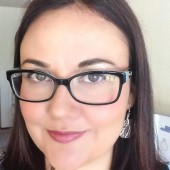 The Flow of a Retreat