Paolo Freire, the famed Brazilian sociologist and educator, learned much from working directly with the poor about how exactly to approach them and give them the tools to help themselves. For Freire, literacy was paramount to the work that he was doing and, in teaching the illiterate, he learned of his own inability to read the way that the poor looked at the world.

In attempting to teach the poor, Freire reflected on his new experiences to arrive at a better method than what he initially started out with. The lesson is obvious: reflection has to occur as much within the educator / minister as within those who are being educated / ministered to.

Freire’s method is a dialogical one. It focuses on openness from both sides of the process (minister and ministered to) so that the ministry itself provides for the flourishing of all involved. His method is summarized as follows:

“Born of a critical matrix, dialogue creates a critical attitude. It is nourished by love, humility, hope, faith, and trust. When the two “poles” of the dialogue are thus linked by love, hope, and mutual trust, they can join in a critical search for something.”

“[Anti-dialogue] involves vertical relationships between persons. It lacks love, is therefore acritical, and cannot create a critical attitude. It is self-sufficient and hopelessly arrogant. In anti-dialogue the relation of empathy between the “poles” is broken. Thus, anti-dialogue does not communicate, but rather issues communiqués.”[2]

As can be seen, the method requires the use of acompañamiento in order to develop that love, hope, and mutual trust that is so critical for dialogue to occur. The poles can be the rich and the poor, sufferer and consoler, or educator and student. This dialogue is meant to lead to a level of conscientizacao that is, conscientization that “represents the development of the awakening of critical awareness.”[3] Freire argues that this critical awareness of the reasons why suffering exists is pivotal for praxis; without it, actions that are necessary and appropriate to change society will not materialize.

Encouraging the adoption of acompañamiento among our students would add a depth to Freire’s dialogic method that allows for the matrix that he sets up to take root in their consciousness. Acompañamiento is inherently loving, hopeful, trust building, and critical of the systemic sins which cause suffering. Such a method would inevitably lead to praxis; it is a spirituality that encourages the finding of God in the “other” and a philosophy that promotes the living out of one’s individualism within the context of community.

Be sure to come back next week for Part IV: Conscientizando Our Students 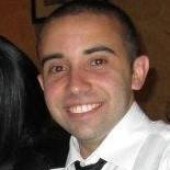 Designing Retreats One Block at a Time